Joseph is a kidney cancer survivor: have courage and take action 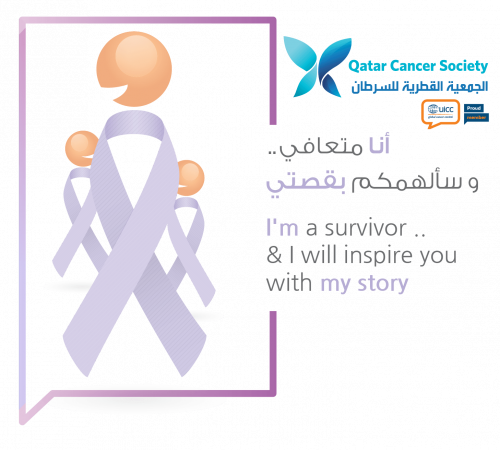 Mr. Joseph is a 52-year-old gentleman who has worked as a finance manager in Qatar for 11 years ago. he lives with his wife, whom he considers a great support, and their three daughters, he is cancer free, and he is enjoying life to the best of his abilities.

In October 2019, he experienced some back pain that caused him to go to the hospital. An MRI scan was done and doctors found a 6 cm mass on his left kidney. Unfortunately, the mass was not investigated further. Instead, he was given some pain medication and discharged. One month after this incident, he developed stomach pains, which he initially wasn’t concerned about, attributing the pain to normal hunger pangs, or gas. he thought the discomfort might be food-related. however, when the pain persisted, he went to the hospital to get it checked out and was seen by an endoscopy specialist. this doctor also did an endoscopic ultrasound and identified the same mass on his left kidney. he then referred Mr. Joseph to a urologist for further evaluation.

During his appointment at the hospital, Mr. Joseph discovered that his MRI report was missing from the computer system. For this reason, he had to do a CT scan during the 1st week of December. The images showed a large mass in the centre of his left kidney. His urologist told him that this mass needed to be treated on an impatient basis, and so Mr. Joseph was referred to Hamad Hospital, his urologist assured him that he would transfer all his results and pictures to Mr. Joseph’s hospital team , he was unable to get an appointment until the 25th of December, on Christmas Day. on this day, he was finally admitted to the hospital where his new doctors, although they had access to his previous scans and record, told him they would have to repeat all previous investigations to get better details about his condition, and gain a better understanding of the current state of his tumour.

The doctors did a new CT scan with contrast and found the mass on his left kidney, and it had become half the size of the kidney, now measuring 7.5 cm by 8 cm. It was solid not liquid , growing and its location in the centre of the kidney–in close proximity to blood vessels and other connections–it would not be possible to remove only part of the kidney , the doctors would have to remove the whole kidney.

Before I have made the operation in Qatar, I have asked my relative in Lebanon (The husband of my Wife’s Sister ) to take the report and CT scan to a specialist to check the situation and to see what the options that we can do in such case, the result was the same as per the Hamad Hospital analysis. My wife’s sister and her family were of good support even from far with their support that things will be ok and I must not worry. By the way I am Canadian from Lebanese origin where by both Places it can fit me for the operation, but both places I will be away from my Family and it will hard to stay long time after the recovery.
And hence all the opinions were the same, we put the matter in the hand of God and we decided to do it in Qatar.

The fear was very little since we were not aware about the type , and off course about my family and what things can happen with their lives if anything bad may happen to me , but of course we let the matter and the results and we believed let God well be there and we will accept God’s mercy .

In Qatar the day before the surgery was the first time he was told, by his surgeon, that the tumour was a cancerous mass. his surgeon answered his questions, explained the procedure, and on the 19th of January 2020, he underwent a radical nephrectomy. the surgery lasted 3.5 to 4 hours, about 45 minutes longer than usual because of complications regarding fluid collections that developed around the tumour. it also took him 2 to 3 hours to wake up and recover from the anaesthesia, this awakening period was longer than usual, likely a result of breathing difficulties, he has due to a medical condition known as sleep apnea , he was in the recovery room till 5:30 pm, and then stayed in the hospital for 5 days because of further pains in his stomach (likely a result of a gas that had built up post-operatively). after he was discharged, he continued living his life and tried to not think about the results. There was nothing to do but wait.
On the 3rd of February, around 2 weeks after the procedure, he had an appointment to receive his results. he was told that the entire tumour, which was fortunately localized and hadn’t spread to any other part of his body, was removed successfully. everything was fine. he was told that while he would have to undergo some repeated screenings every 6 months in case the tumour recurred, at the moment he was cancer-free.

Mr. Joseph has reflected carefully on his experiences. he believes that people understand and cope with Cancer differently: some don’t bother with it, some have courage and tackle it, and some worry and collapse. For him, he didn’t find the experience frightening or scary. he put faith in God. he also had a strong support system with his wife and friends. his daughters, though they knew less about what was going on, also supported him, comforted him and spoke with him. his uncle and brothers overseas also supported him. he didn’t tell his parents, however, because they were old and also overseas and he didn’t want to worry them. he believes this is something that you can’t do alone, and the people that can help you and give you emotional support during this time are the people that know you, not random people in the street.

Speaking about how he felt when he learned the cancer diagnosis he said, “it was going on and it will continue going on as if nothing had happened.” the important thing is to take action, but beyond the medical interventions, he didn’t change his life because of the cancer. he was still working from 7 am to 3 pm, exercising, meeting friends, and going to dinners. everything happened very quickly, he said, and he didn’t really have a chance to get scared about his situation.

Mr. Joseph however did experience some frustration as a patient. he was particularly frustrated that his diagnosis was missed during his first doctor’s visit; that no further evaluation, and no necessary analysis was done. he was glad that everything was okay in the end, that the mass was caught and removed, but initially it was spreading, and if he hadn’t had the good fortune to go to the hospital again one month after for his stomach pains, his situation might not have ended so positively. he has been to many different countries and believes that patients are treated differently in some societies compared to others; he points out that medical diagnoses, treatments and processes are explained differently to patients in different countries and his personal experience with medical professionals was sometimes too indirect.

He wasn’t told he had cancer until the day before his operation, and from the beginning he didn’t know about his prognosis: if it was good or bad. he believed that his condition wasn’t explained to him properly. for example, why did the entire kidney have to be removed instead of only the cancerous part? he felt he had to make decisions without all the information and that maybe, if he knew more from the beginning, the doctor’s actions might have been different. He felt that they were taking control of the situation away from him.

Mr. Joseph was grateful for the support from the ancillary healthcare staff in the hospital: an assistant professor, a member of his healthcare team who listened to his concerns, addressed them and gave him advice, and the staff, who arranged his appointments.
After the renal cell cancer was removed, Mr. Joseph decided he was not going to rush his recovery; he was going to relax back into work and his duties and take his time and be cautious. he is listening to music and enjoying nightlife. To anyone undergoing a similar experience, he advises, “have courage, and take action.” immediate intervention, time, is important.