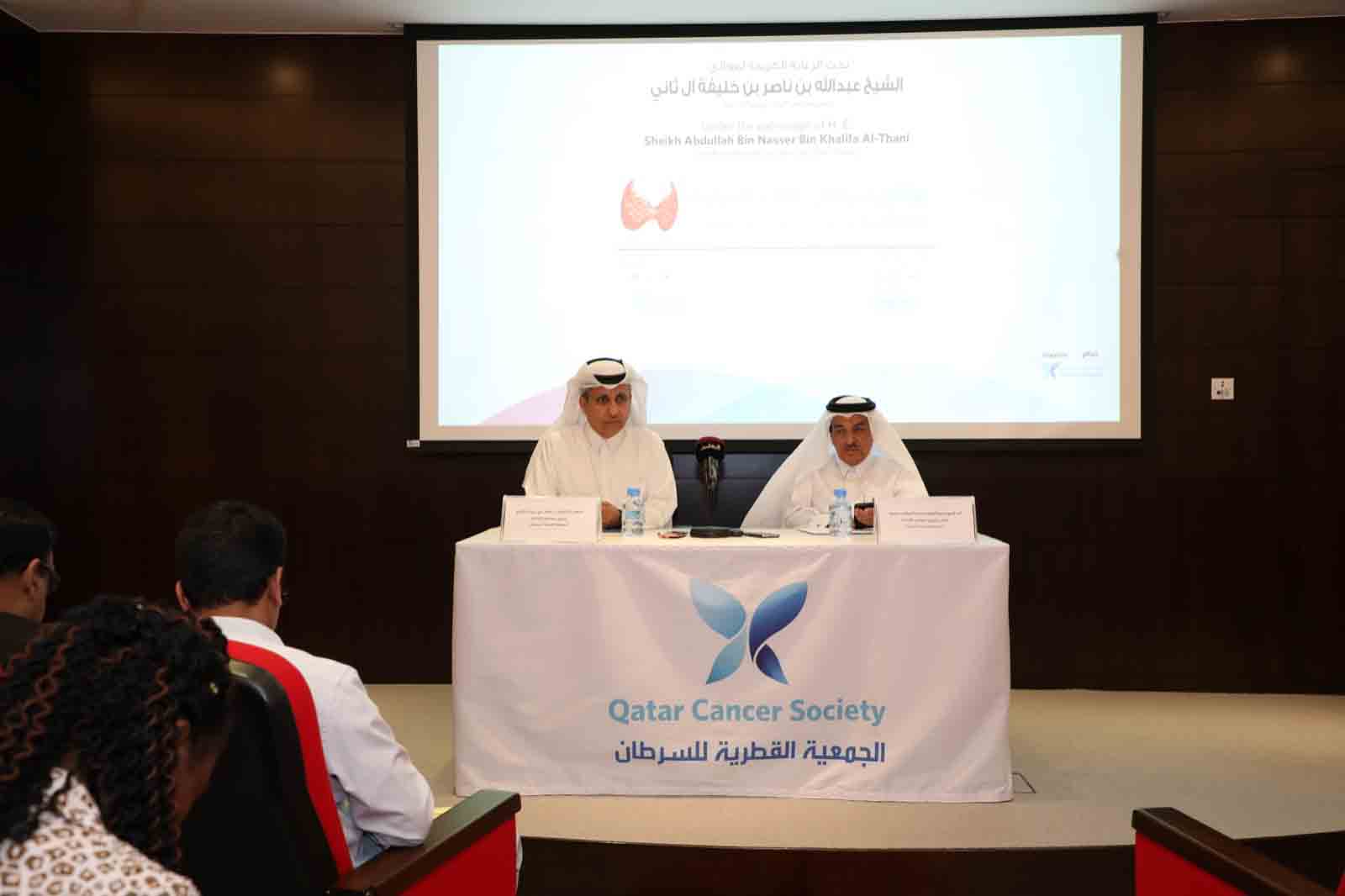 The Thyroid Cancer Conference, to be hosted by the Qatar Cancer Society (QCS) on April 19 and 20, will discuss the latest developments in the treatment of thyroid cancer, the second highest prevalent cancer among women in Qatar. The event is under the patronage of HE the Prime Minister and the Interior Minister Sheikh Abdullah bin Nasser bin Khalifa Al-Thani and the leadership of QCS chairman Sheikh Dr Khalid bin Jabor Al-Thani, and Dr. Abdul Azeem Hussain, vice-chairman.

It is organized by the QCS in collaboration with the Ministry of Public Health, Hamad Medical Corporation, the Qatar Doctor’s Society, and the Qatar Austrian Medical Team. Details of the conference were shared by Sheikh Dr. Khalid and Dr. Abdul Azeem Hussain, vice-chairman of the QCS and director of the Surgery Department and head of medical staff at Al-Ahli Hospital. 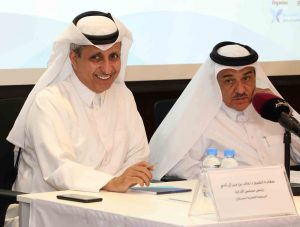 Dr. Abdul Azeem Hussain, vice-chairman said “There is great improvement among the public in awareness about cancer and the ways to deal with the disease,”

“However, still we find some people are afraid of the disease and several others are reluctant to discuss the disease even if they feel the symptoms of the disease.” The thyroid cancer conference is an opportunity for the attendees to exchange knowledge with top experts and keep abreast of latest innovations in the field of thyroid cancer care under one roof at international level. More than 1,000 medical professionals are expected to participate in the conference. He added .