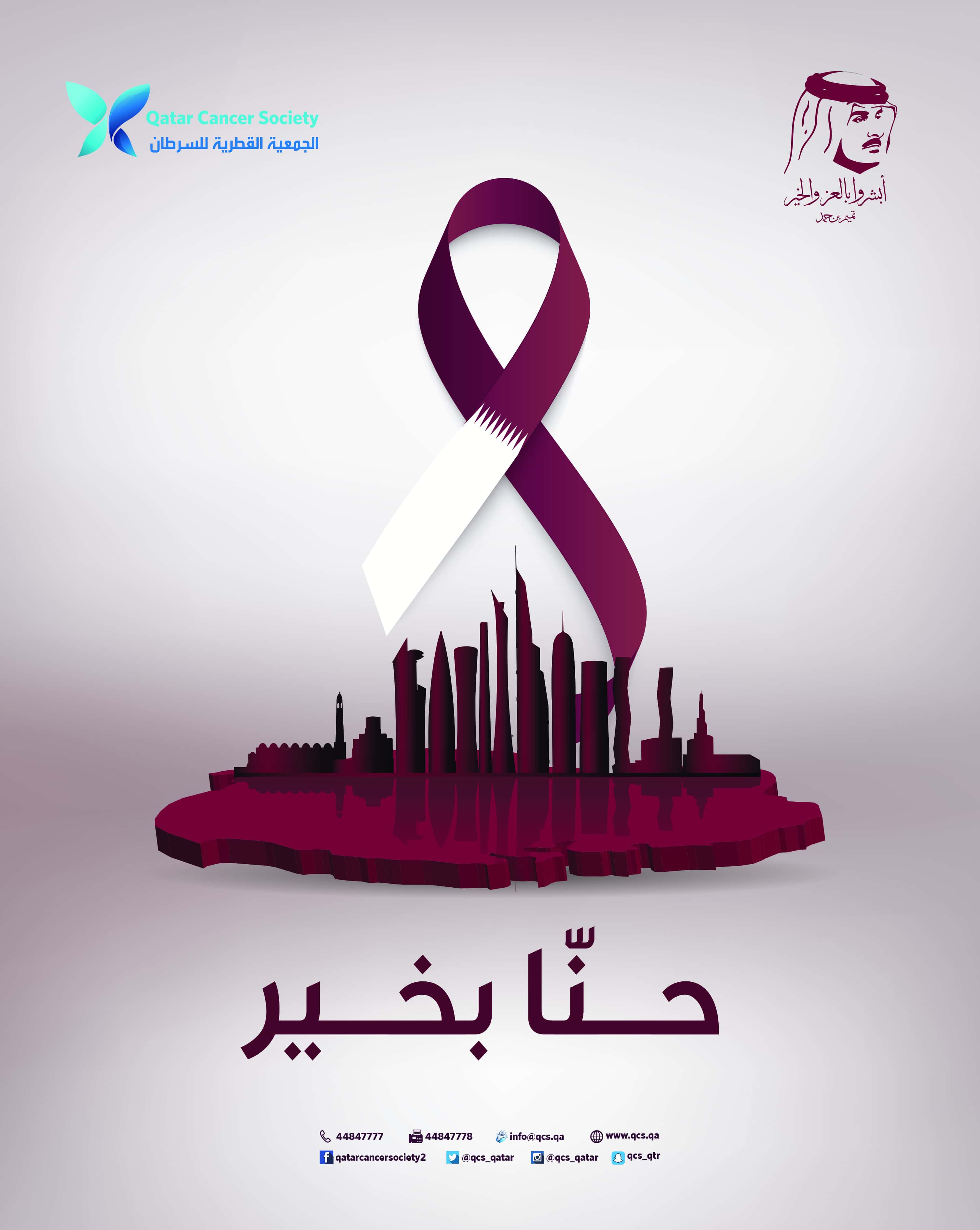 Qatar Cancer Society (QCS) celebrated Qatar National Day by launching “we are fine ” event Which lasted for three days at the its headquarters at Barwa Towers, Al Sadd –
QCS chairman HE Sheikh Dr Khalid bin Jabor al-Thani, launched a mural, ‘We are fine’ at the event attended by general manager Mariam al-Noaimi and a number of members of the board of directors, honorary ambassadors and public figures. The opening was also attended by Qatari artiste Ghanem Shaheen, who sang a collection of his national songs. School students took part in the activities in the morning.

HE Sheikh Dr Khalid bin Jabor al Thani, QCS Chairman, said that the National Day celebrations provide opportunity for Qatar’s citizens and residents to have a sense belonging and loyalty, while emphasising the importance of pride and dignity.

He stressed QCS keenness to launch awareness and educational campaigns throughout the year, especially during the celebration of the National Day, to raise community awareness about cancer.

“Since its inception in 1997, the QCS has never overlooked its basic objectives of providing treatment for cancer patients who are unable to afford medical expenses
QCS general manager Mariam al-Noaimi expressed her wish that Qatar will continue its development march under the patronage of our wise government, and Qatar national day will come every year and that Qatar has taken more strides and jumped forward in the march of progress, prosperity and achievement.