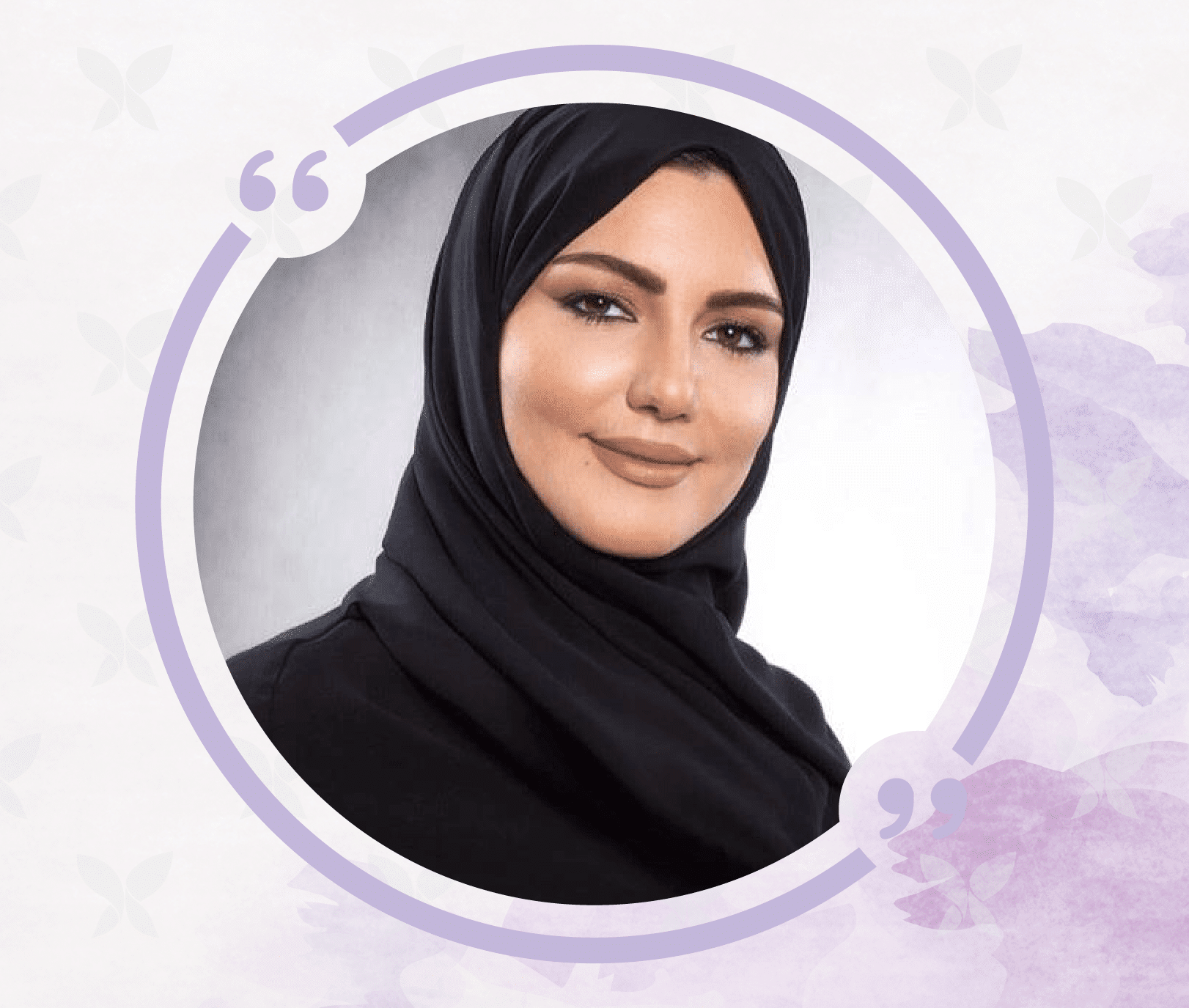 “From adversity comes gifts” is a phrase that summarizes the journey of the Lebanese woman, Nadine AL -Bitar. She has had kidney cancer, which was discovered in May 2011. She was 27 years old at that time. Despite the fear and panic she felt when she received the news; she did not give up. Instead, she was sure that if God loved a servant, He would afflict him or her, so she was patient and armed with the strength of her faith in God. Therefore, she made her injury a new beginning and an opportunity to develop her personality.

At first, it was not easy to accept the news. Nadine discovered that she had kidney cancer by chance during a periodic visit to the doctor due to a slight pain in the right side of her back. After an Ultrasound exam (on a cyst in the right kidney), the doctor asked to do a computed tomography scan (CT scan) to the kidneys to confirm the type of cyst. She followed the doctor’s instructions and took the CT scan, and waited for the results that appeared after an hour. Her mother accompanied her. “I felt like it was the longest hour of my life. I was so scared and confused and didn’t expect to have kidney cancer.” She never expected to be diagnosed with kidney cancer because she always maintains a healthy life and follows a healthy diet; she used to exercise. There is no history of any cancer type in her family. Nadine was not ready to receive the news. She secretly overheard the doctor telling her mother, “Your daughter has kidney cancer, and she must undergo an operation to remove the right kidney so that the tumor does not spread and consequently does not affect her life.” First , Nadine was pointedly shocked and felt fear and panic. She started crying as soon as she heard the news, and it seemed that she was going to die for a while. Immediately, she made a call to work to take sick leave and start treatment.

Nadine began her treatment journey with her mother in Lebanon, where she underwent a nephrectomy. The surgery was complicated. she felt severe pain and had difficulty walking at first, so she had to rely on her mother in some matters, and she followed the doctors’ instructions not to travel for fear of any blood clots that might threaten her health. Therefore, she spent about two months after the operation at home to ensure her safety and ensure no complications after the operation. She stopped her work and wished she could get out of the house, as she considered that this might help her get rid of the constant thinking about illness and fear of the possibility of the tumor returning. She explained: “if I was in a work environment, with friends, or even if I was able to go out with my family, this reduced thinking about illness, making me feel an atmosphere of fun.” Nadine did not need chemotherapy. It was confirmed that the malignant tumor that was removed and the kidney did not spread to any other part of the body. Nevertheless, she undergoes periodic examinations every six months to ensure the remaining kidney’s health and make sure that no other tumor appears in any other organ of the body.

Nadine lived through a period of depression before and after the surgery, but it did not exceed a month. She was able to overcome this feeling through faith and patience. She knew that this was a test from the Lord, and she had to succeed in it.  Furthermore, her family played an essential role in her parents and brother and the rest of the family’s relatives. They supported her during that difficult period.

Additionally, Nadine’s friends played an active role in the continuous psychological support for her during the period of injury by urging her to become closer to God by reading the Qur’an and praying regularly. Nadine has reinforced her relationship with these cheerful and supportive people. On the other hand, she was keen to stay away from the negative people who made her feel helpless or of little use because she had cancer.  Their health condition is very private, as if their situation is hopeless.

Despite the pain and difficulties she faced through her experience with kidney cancer, she created opportunities to improve herself and develop her personality in every respect. It is worth noting that Nadine had a traffic accident three years before she was diagnosed with cancer, and it was an incentive for her to review her ideas and convert to Islam. She stated that cancer helped her decide to wear the hijab after almost three years and commit herself more to her religion. Nadine has also mentioned, “I changed a lot of myself, my character and personality. I considered that this is a message from the Lord directed to me to change a lot of myself, my character, my way of life, and my way of dealing with myself and others.”

Furthermore, Nadine noticed that her experience with cancer made her more patient and changed her approach to dealing with the ordeals she faced after cancer. Hence, naturally, she finds any calamity much easier than the one that she faced with cancer. As for health awareness, she has become more familiar with the health of her body in general and how to preserve her kidneys, especially through research. When people stress the importance of maintaining their health, it can persuade some to quit smoking because of its association with kidney cancer and other cancers or diseases. Finally, Nadine, an honorary ambassador at the Qatar Cancer Society, was keen to support cancer patients through various activities and projects to smile on their faces through her work with other societies.

Through her experience, Nadine sends a message to all cancer patients not to despair, as life is beautiful in all details, and she added, “You are distinguished from others, so the Lord has afflicted you, and this stage will pass, and the next is more beautiful.” She urged new cancer patients to strengthen their relationship with God and make their faith the first supporter in their journey. They must always trust God and be keen to mix with positive people and make themselves happy and stay away from sadness and tension to fight this disease. She concluded, “With God’s permission and your determination, you will pass this stage, and it will be a new beginning. Remember; that despite the pain, hope remains.”