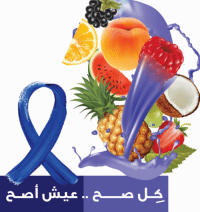 QATAR Cancer Society (QCS) has launched the ‘Eat Right…Live Better’ campaign to raise awareness of colorectal cancer, which is the second most common form of cancer among men and third most among women in Qatar  , According to statistics from the Ministry of Public Health – Qatar 2015

On the risk factors, he said :”There are modifiable risk factors such as” Obesity, smoking, alcohol consumption, unhealthy diet i.e., food high in red meat and processed meats and lack of physical activity increase the risk of colorectal cancer.”

Symptoms of the disease include bleeding from the rectum, blood in the stool which may make it look dark, a change in the shape of the stool, cramping or abdominal pain, a feeling of discomfort or an urge to have a bowel movement when there is no need to have one, new onset of constipation or diarrhoea that lasts for more than a few days, unintentional weight loss, weakness and fatigue.

The chance of the disease can be minimized to a great extent my refraining from smoking and controlling body weight , Physical activity ,Limit your consumption of red meat, Decrease portions or choose chicken or fish instead ,In addition, eat more fruits and vegetables.”