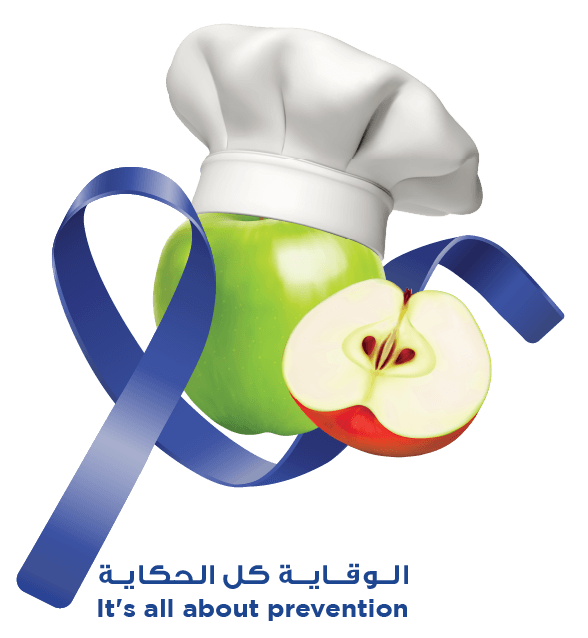 Dr. Hadi Mohamad Abu Rasheed – Acting Head of Professional Development and Scientific Research Department at QCS, said: More than 150 cases were diagnosed with colon cancer in Qatar, 67% of the cases in Qatar were males and 33% were females, 74% of the cases were Non-Qatari, while 26% were Qatari, 69.9% of colon cancer patients have the chance to survive four years later after getting diagnosed, noted that 55-59 years old was the highest age group with cancer incidences, in both genders. According to Qatar National Cancer Registry (QNCR) – Ministry of Public Health – 2016:

Heba Nassar – Head  Educator ae QCS, said, “This campaign aims to raise awareness about colorectal cancer, which is the uncontrolled growth of abnormal cells in the colon or the rectum. Most colorectal cancers begin as a polyp on the inner lining of the colon or rectum. Some types of polyps can transform into cancer for several years, but not all polyps become cancer.”

The campaign included many events and virtual workshops that were launched on the media platforms, many entities participated in it, most notably the National Cancer Program, the Ministry of Public  Health, Hamad Medical Corporation, and the Primary Health Care Corporation, as well as cooperation with many experts and specialists as Mrs. Khawla Al-Bahr – public health expert, Mrs. Dana Hassan-  therapeutic nutrition specialist and Dr. Michael Mallat (Gastrointestinal specialist diseases), as well as the participation of people living with cancer in awareness workshops, and publishing their survival stories on various platforms. She added.

The campaign also witnessed the launch “It’s all about prevention “challenge by encouraging employees to prepare a healthy lunchbox during working hours and taking a picture for three healthy boxes then sharing them on QCS’ social media; the winners are the employees of  QATAR LUXURY COMPANY WLL, Lulu hypermarket, Al Asmakh Real Estate Development Company, S’hail Holding Group.

She stressed the importance of adopting a healthy lifestyle to prevent cancer, the most important of which is an exercise through getting 30  minutes of aerobic activity every day; limit your consumption of red meat. Studies show that bowel cancer risk is 17-30 % percent higher if a person eats 100-120g of red meat every day. Decrease portions or choose chicken or fish instead,” She said .”Besides, eat more fruits and vegetables.”