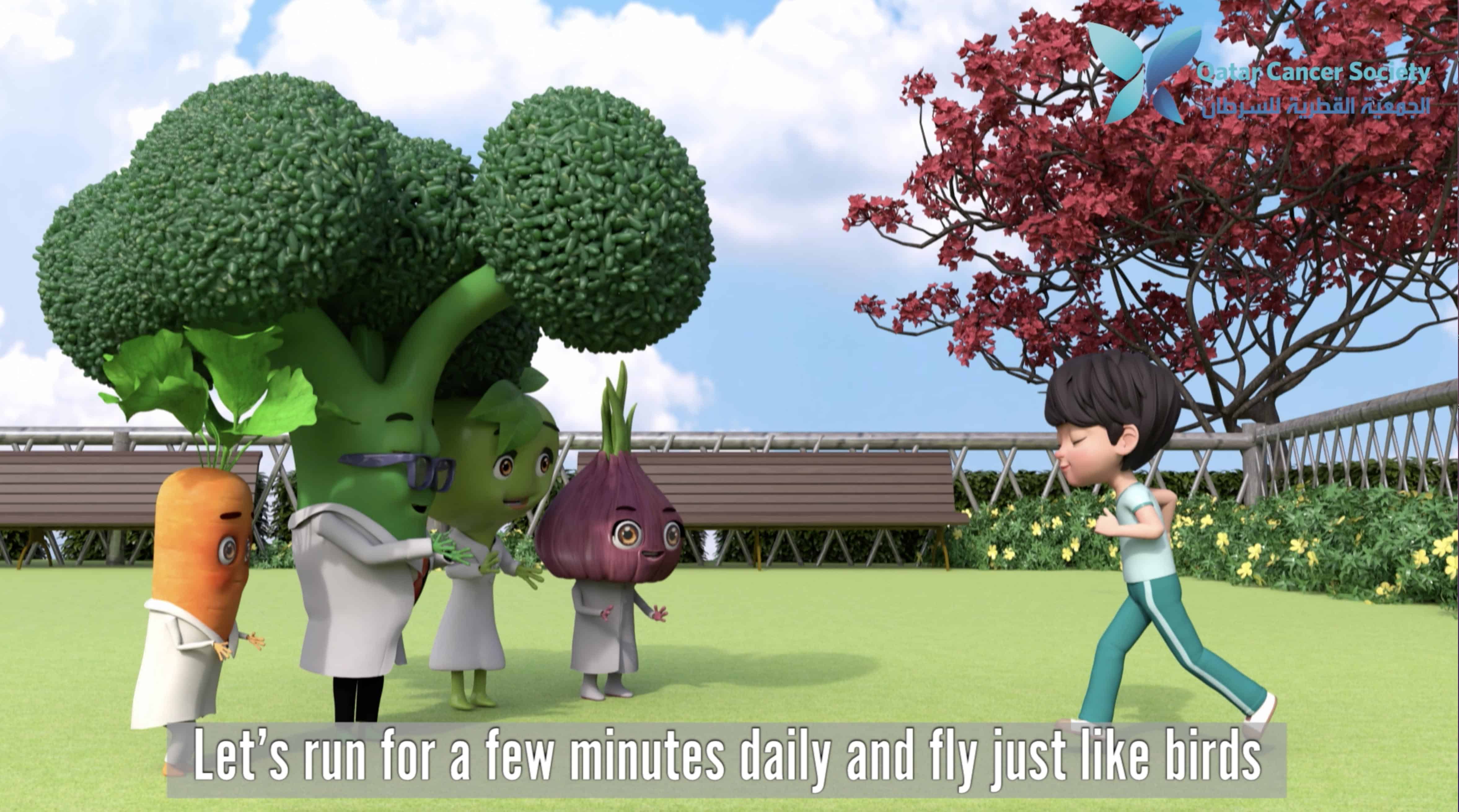 The launch of the film was part of marking September as International Childhood Cancer Awareness Month.

Mona Ashkanani, general manager of QCS, said, “The launch of ‘Foodobia’ comes as a continuation of the programs launched by QCS for children, that enhance the concept of a healthy life among them, especially in light of the many temptations that the child is exposed to, such as eating unhealthy food, not exercising and replacing it with electronic games.”

The 5-minute film was produced in a simple, exciting, and fun way to attract the attention of children and send them an indirect message about the necessity of adopting a healthy life, she said.

She also thanked Novo Cinemas for supporting the film by showing it on its screens at several complexes and malls, including the Mall, The Pearl, Tawar Mall, Souq Waqif, and Mall of Qatar, wishing to continue the cooperation for the service of the country and everyone who resides on its land. “Raising awareness of cancer, especially among children, is not easy. Still, with your cooperation, we will reach what we seek: to create a physically and mentally healthy generation capable of carrying Qatar’s developmental march,” she added.