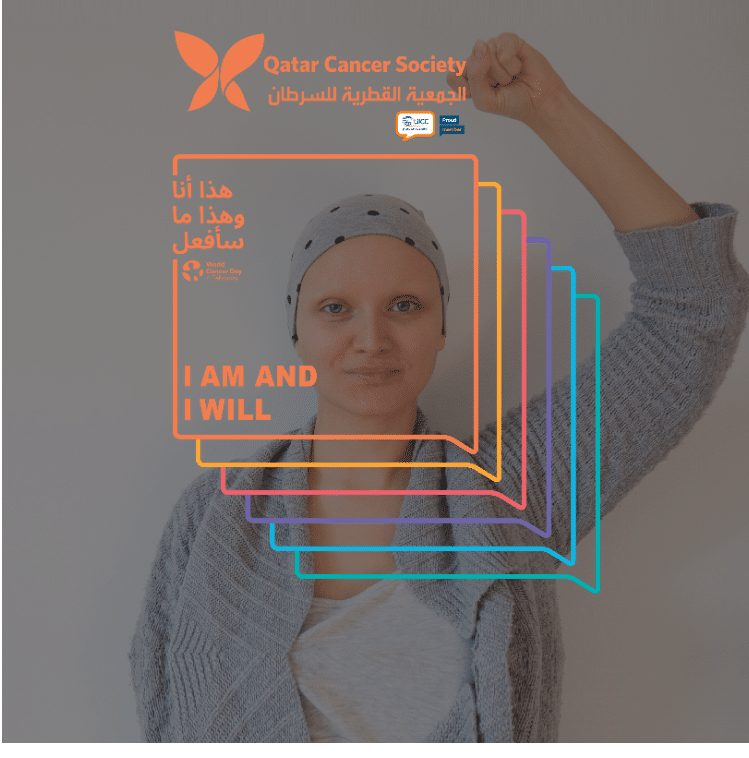 QCS concludes “I am and I will “campaign

Qatar Cancer Society (QCS) has concluded the ‘I am and I will’ campaign, which continued throughout February on the occasion of the World Cancer Day and saw several events, awareness competitions and virtual workshops being held to raise awareness of cancer, methods of prevention and the importance of early detection.The campaign, launched under the umbrella of the Union for International Cancer Control (UICC) in which the QCS is a member, included many events and activities, most notably a motorbike event at Lusail in co-operation with Qatar Motorcycle Center (Batabit) and MAWATER Center. In addition, a virtual walking challenge and short story and educational video competitions for school and universities students were also part of the campaign. Within the framework of the preventive measures to limit the spread of the coronavirus, the campaign was launched on various media and electronic platforms.

Several awareness videos for the campaign were produced with the participation of media figure Abdulrahman Al Ashqar. Virtual awareness workshops about cancer and on healthy lifestyles were also held. Electronic awareness brochures were produced in all main languages to benefit as many people as possible. Even coffee cups in cafes and restaurants were used to spread awareness message.
A virtual workshop for capacity building of cancer awareness promoters was also held as part of the events. The QCS participated in a virtual seminar on World Cancer Day in cooperation with the Ministry of Public Health’s National Cancer Programme, Hamad Medical Corporation, Primary Health Care Corporation and Sidra Medicine.An awareness workshop was organised on how to overcome the fears during the treatment period and beyond for people living with breast cancer, in addition to publishing stories of hope on many platforms and involving cancer survivors in virtual workshops.Many institutions and companies in Qatar participated in the World Cancer Day campaign, including Ooredoo, QTerminals, Talabat, FMM, Triple Two, the Social and Sport Contribution Fund (Daam), Qatar Aluminum and Doha Film Institute.The campaign also included roadside advertisements supported by Elan Qatar WLL and lighting up of Qatar’s landmarks in pink to mark the World Cancer Day, in cooperation with the Public Works Authority (Ashghal).As part of the campaign, Talabat donated one riyal to QCS for all orders placed via its mobile application, Ooredoo enabled its customers to donate Nojoom points to QCS, while Yalla Toys participated in the campaign by offering 100 electronic gift vouchers for children with cancer.