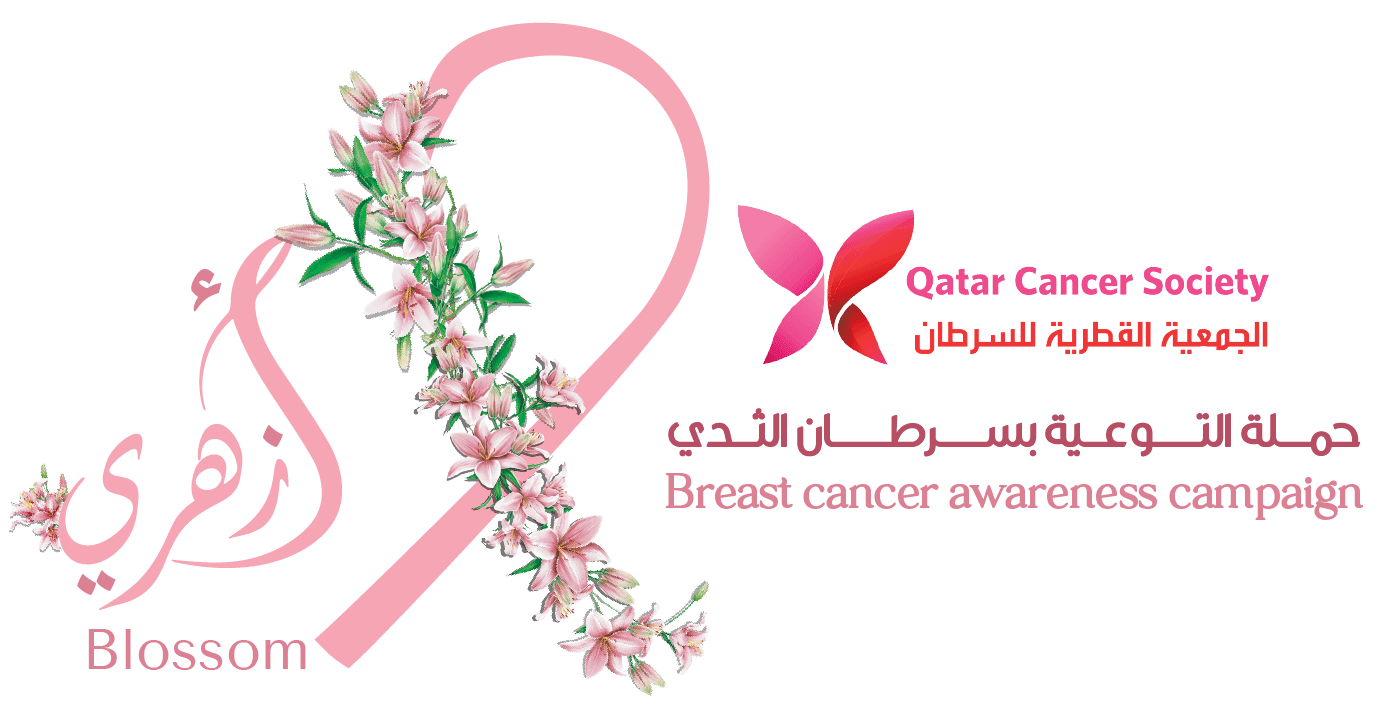 Qatar Cancer Society “QCS “concluded “Blossom “Campaign to raise awareness about breast cancer which lasted throughout October each year, Which is one of the most common types of cancer among women in Qatar and worldwide.

Mrs. Mona Ashknani, General Manager of Qatar Cancer Society, said “Blossom “ is a national campaign targeted  all Categories  of Qatari society throughout the month and aimed  to emphasize the importance of periodic examination for the early detection and spreading the culture of a healthy lifestyle to prevent it, as well as Highlight the health services available in the State of Qatar, Activating the society’s role in providing psychological and Financial  support to cancer patients, And produce  the experiences of individuals living with cancer,

pointing to that QCS has launched the awareness campaign via its electronic platforms  Within the framework of the preventive measures to limit the spread of Novel coronavirus disease 2019 (COVID-19) by broadcasting awareness messages and videos related to the definition of breast cancer, in addition to launching several virtual workshops and many public figures participated in the campaign.

QCS continues to resume attendance in awareness campaigns and programs while adhering to the preventive measures to limit the spread of Covid-19, which targeted  many institutions and ministries of the state, as well as hotels, schools, universities, and health institutions, as well as resuming attendance and participation in many programs, the most important of which is “Our passion in Our Health,” which It targets women who are housewives and workers in different sectors. She added.

Among the activities during “Blossom ” campaign are the “Pink Walk” event in cooperation with the Qatar Motorcycle Center (Batbit), and the “Pink Ride” in cooperation with Qatar Cyclists Centre, under the auspices of Mowasalat (Karwa) as an official sponsor and Floward  Company as co-sponsor  , as well as the launch of “Blossom ” competition to raise awareness of breast cancer on  QCS’s social media sponsored by Doha Bank , Qatar National Bank , Ooredoo . Movenpick Hotel Doha . She added.

Director-General thanked all participating in the campaign, whether through financial support for people living with the disease or supporting awareness programs, including Naseem Al Rabeeh Medical Center, Roche Pharmaceuticals,  in addition to Lulu Hypermarket, Monoprix , Spar , Alfardan  ,  Doha Quest and their launch of the “Shop and Donate” campaign, Careem,  also Ooredoo Stars by donating using loyalty points on the application, Talabat by donating a percentage on some merchandise in the application, beside Al-Darwish jewellery by allocating a group by allocating the proceeds of some sales to the Qatar Cancer Society.