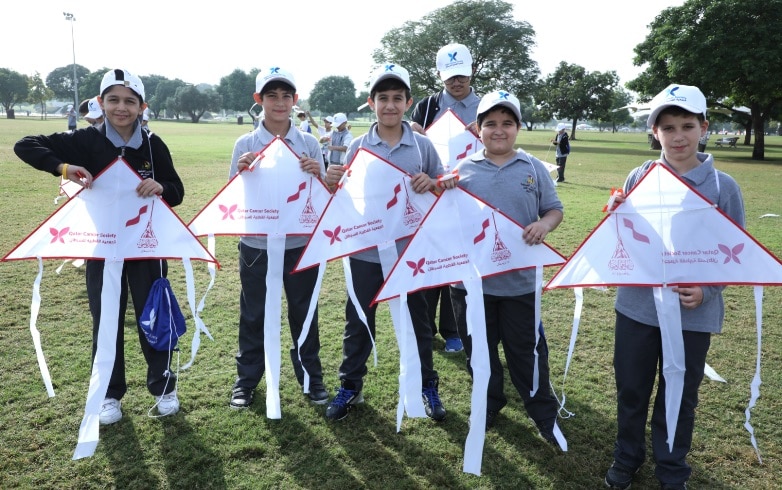 Qatar Cancer Society (QCS) has celebrated Qatar National Day by launching a public event for school students that aimed to introduce the charity’s mission, vision, and it’s role in community by promoting a culture of early detection of disease and ways to prevent it through a numbers of shows and entertainment competitions.

HE. Sheikh Dr Khalid bin Jabor Al Thani, QCS Chairman, said that the National Day celebrations provide opportunity for Qatar’s citizens and residents to have a sense belonging and loyalty, while emphasising the importance of pride and dignity and line up side by side in love of Qatar.

He also clarified that QCS has not neglected one of its main objective since its establishment in 1997, which is to treat cancer patients who are unable to pay the costs of treatment , Where it has treated approximately 1070 patients at a cost of approximately QR13,822,000 between January and October this year m and by the end of this year, it is expected that 1,284 patients will be treated at an estimated cost of QR16,590,000, pointing to the society’s keenness to treat all patients, and there is not one patient on the waiting list.

Sheikh Dr Khalid bin Jabor stressed QCS’ keenness to launch awareness and educational campaigns throughout the year, especially during the celebration of the Qatar National Day, to raise community awareness about cancer.